Visitors to the CHAPS Museum in Cochrane, Alberta are within an hour’s drive of Banff National Park and the mountain playgrounds west of Calgary that offer year round outdoor activities in a beautiful setting.

Located within The Cochrane Ranche

The Dominion Government incorporated a company in 1881 and it was known as the Cochrane Ranche Company.  (excerpt from Big Hill Country page 155).

Constructed in 1909 by the Davies family using bricks from the Collin’s Brick Yard. Built to be used as a hospital/nursing home and private residence. Moved to its current site in 2014. 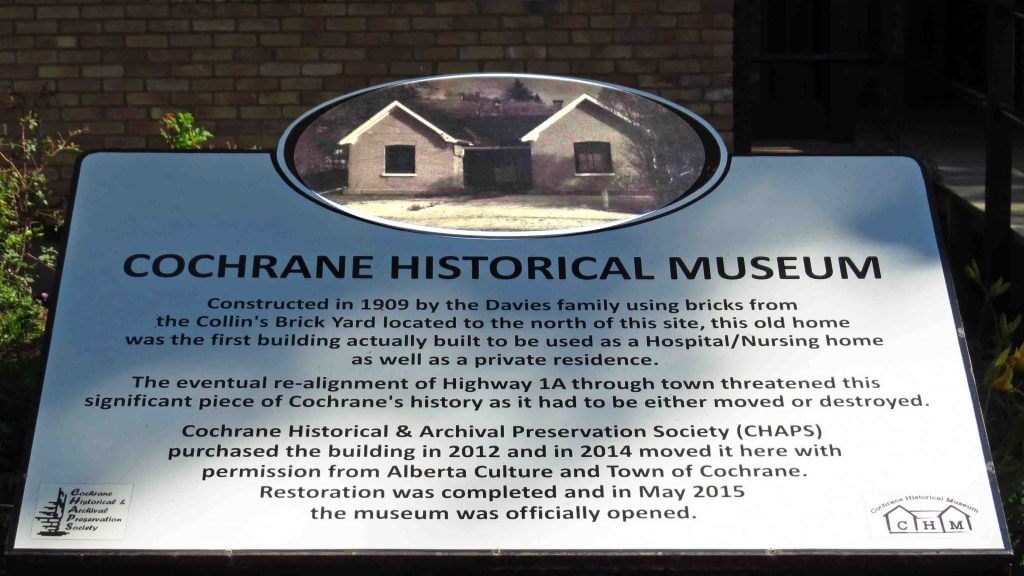 Experience the history of
Canada's West

Through the eyes of its settlers, ranchers and farmers;

the service and supply businesses, the educators and more. 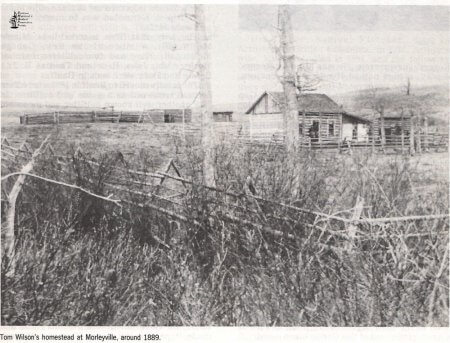 In April 1885 he received a wire from Maj Steele asking him to join Steele’s Scouts organized to assist in putting down the Riel Rebellion. When the rebellion was over he returned to Morley and homesteaded the SW 29-26-6-5, on the School Section west of the James Potts place. 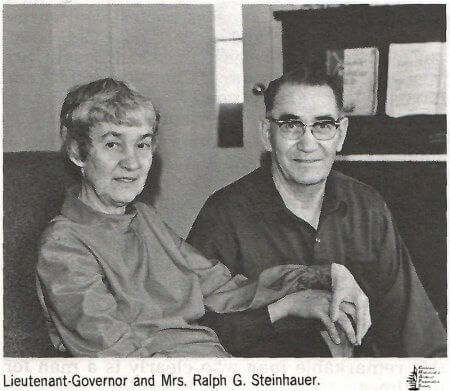 A Man for the Times

Dominion Day, 1974, has a special significance and one with many satisfactions for the citizens of Alberta, marking as it does the first day in office of the new Lieutenant Governor, the Honourable Ralph Garvin Steinhauer. His appointment has proven a stimulating and happy choice for Albertans. 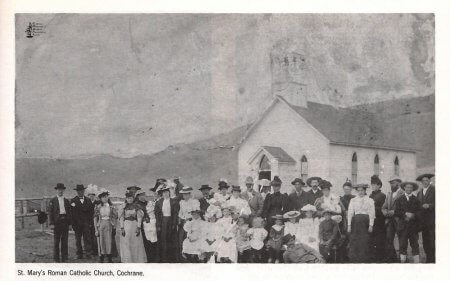 Catholic Church in the Cochrane Area

In the summer of 1874, another great event was taking place; the North West Mounted Police were establishing themselves in the Northwest Territories. Having assisted at the annual retreat in St. Albert, Father Scollen, in company with Father Bonald and Louis Dazé, arrived back at the Elbow River Mission on November 2, 1874. Father Bonald was put in charge of the Mission, while the others organized a hunting party to get provisions for the winter. During this hunting trip, Louis Dazé was frozen to death in a snowstorm on November 22, 1874. 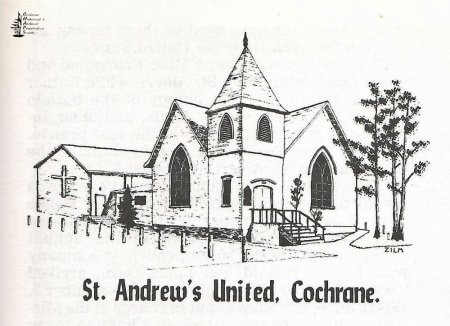 “Thomas Davies was superintendent and teacher about 1915. He wore his hair longish and it and his beard were white.” Vivian, a very young child then, thought God must look like Mr. Davies. He travelled in a buggy pulled by his buckskin pony. 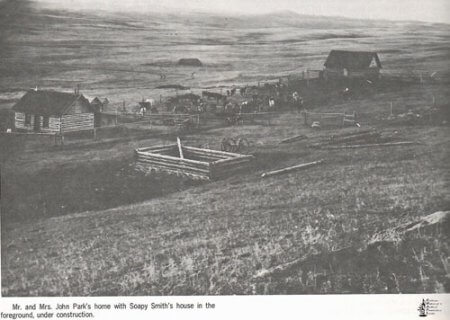 There is a ridge out at the old ranch named Park Ridge from which one day I hope my grandchildren may see oil flowing. Alberta’s Centennial film “West to the Mountains” was filmed on the Park Ridge. The opening scenes and the closing scenes with Burl Ives singing the title song, West to the Mountains, show this very beautiful country where we lived with our wonderful neighbours, the Sibbalds, Copithornes, Watts, Robinsons and many more. 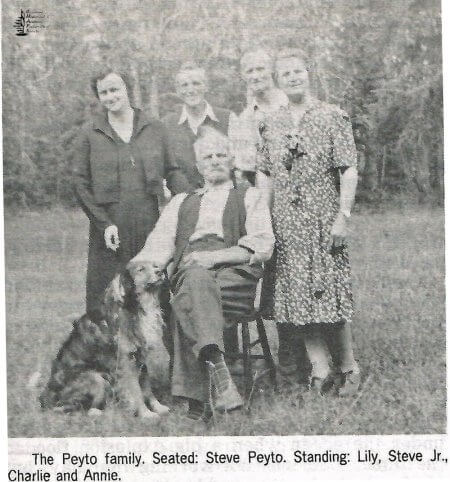 He kept trail and pack horses there during the winter. During the summer he did guiding and packing in the Banff area. He served Overseas in the 1914-18 War, and when he came back he joined the Warden Service in the Banff National Park. Peyto Lake is named in his honour. He passed away during the 1940s in Banff.