by Gordon and Belle Hall

Norman Frank Edge was born in the Brushy Ridge district, one of a family of eight – six boys and two girls. In the year that Norman was born, his father Wm. H. Edge was showing Clydesdale horses at the Territorial Spring Show in Calgary and won with a Clyde stallion named Redburn. N.F. grew up with ranching and grew to love horses. He was raking hay for his father when he was eight years old.

Norman was present in 1925 at New Westminister when Bara Lad, trained by my father Syd Hall and owned by Peter Welsh jumped 8 feet 172 inches to a new high jump record. In 1940 Norman and Claudia Lynn were married. Claudia was the second of six children and was born near Suffield Alberta. Claudia Edge has a noted teaching career, teaching at Jumping Pound, Springbank and Cochrane junior-senior high and was a very talented and respected teacher. Claudia and Norman have three sons: Garth, Barry and Lynn.

During the 1974 Calgary Stampede, Norman, together with Eddie Watrin and Pete Vandermeer was honoured as old-time cowboys. Each was presented with a framed picture and Silver cufflinks. The inscription reads: “Norman Edge in appreciation for your contribution to rodeo, Calgary Exhibition and Stampede 1974.” Norman and Claudia are both retired now and spend their winters in Arizona. Truly good friends and a fine couple to all.

From A Peep into the Past, A Collection of Historic Poems and Short Stories by Gordon and Belle Hall Vol. II 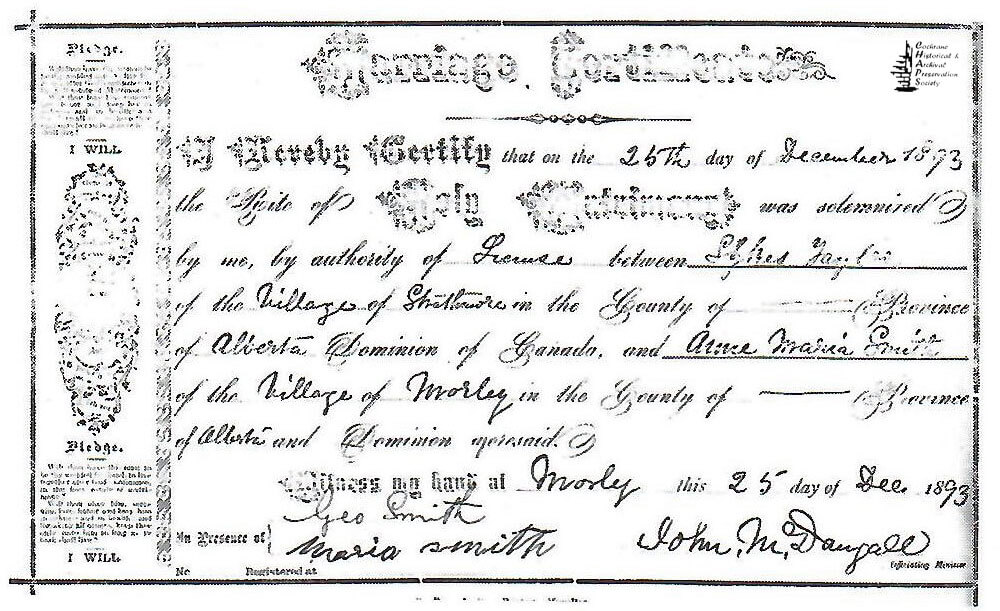