Dad came to Canada in 1915, to Saskatchewan, but did not like it there. He returned to the United States and brought his wife and family to live at Champion, Alberta, in 1916.

He loved grain farming and did all his work with horses. His draft horses were all well trained and he flatly refused to ever drive them off the walk.

When he bought his first and only car, a Model T Ford, well past its prime, he soon sold it because, “It just went too fast.”

He would drive down the road pulling back on the steering wheel with his feet jammed on the floor boards. Bud was not too popular at the time because he could not keep from laughing. One day on the way to town, a tire came off the wheel and bounced down the road ahead of them. Dad stopped the car, jumped out, spanked Bud and told him if he hadn’t laughed it would never have happened.

Dad was a very good farmer and raised some excellent wheat crops, but the dry years of the twenties forced him to move elsewhere. He moved with his family to the ranching area northwest of Nanton, where he worked for Jim and Charlie Dew, Walter Ings, and Arthur Crawford-Frost.

My parents drifted apart during the Depression, and Mom and I went to Blackie, Alberta, where Mom worked for a widower, Howard Thurber, who had three young boys. Bud went to work on ranches at Havre and Browning, Montana.

My mother and I moved to Cochrane with a team and wagon on August 15, 1931. Mom had been to Cochrane earlier in the year to look at land owned by my schoolteacher, Miss Ritchie. This land was later bought by Henri Andersen and Peter Hansen. Mom met Ed Stewart the day she came to see the land and he told her that, due to early frosts, you could not grow a good garden in that valley. A good garden was part of my mother’s life so she lost interest in that land and rented 20 acres from Dr. Waite, just across the C.P.R. tracks, south of the creamery in Cochrane.

Determined never to accept relief during the Depression, Mom hauled log firewood with her team and wagon from the north end of Grand Valley, which was sixteen miles from Cochrane, sawed it into blocks with a crosscut saw and sold it for $5.00 a load, or in the log for $1.00 a foot measured from the front bolster of the wagon. She traded wood for animals and hay. Soon she had a collection that would compare with Noah’s Ark, but — not enough land. In case anyone wonders what became of the faithful horse that George Bunney drove on his milk route in Cochrane for so many years, well, it ended up in our corral too — and was the only horse I was ever brave enough to harness. Mom’s cow brand was a joined MA Bar and her horse brand was B Heart, the horse brand her father had used in Colorado.

In 1933 she rented three-quarter sections of land in the Grand Valley district, W12 and NE 14 28-27-5-5, owned by Harry Parker and his son. After turning left off the Grand Valley road there was just a wagon trail leading to the buildings. The house on the Parker place was a one-roomed log house with an open ceiling. It was built in 1914 by Earl Whittle and Harry Parker Sr. There was a lot of timber on the property and the first morning we were there we could not find our milk cows. We soon bought cowbells and strapped them around the cows’ necks.

In 1935 Dave Bryant built a log addition to the house and Mom held many parties and dances there. Often we danced until daylight as everyone had come on horseback or by team and buggy. Bud was not at home very much, but when he was he took wrestling lessons from Ace Charters, who lived on the old Hornbach place. Bud wrestled in several matches in Cochrane. If Mom got after him for something, he would just lift her up and throw her over his shoulder as if she were a rag doll. Bud married Vivienne Crane and they have three children, Bill, Jim and Heather Ann.

After Dave Bryant and I were married we lived across the valley one mile east of Mom. In the winter she would ride over and get our children and take them home in a box on a homemade hand sleigh, which she pulled with her lariat wrapped around the saddle horn. If the weather turned too cold for us to go and get them, she was delighted, and so were they, because she would bring the Shetland colt into the house for them to play with.

One day Andy Garson came and saw the colt in the house and I don’t think he ever got over the shock.

Mom really liked to cook and she never worried about being short of anything. She cooked supper for my family one night and brought some corn on the cob for a special treat. I was short of saucepans and, much to her grandchildren’s delight, she cooked the corn in the teakettle.

My dad moved to Cochrane in 1933. He worked in the hayfields both north and south of the Bow River. He worked for Paul Swanson for a number of years.

In his later years, he lived in a one-roomed bachelor shack on Harold and Ike Griffin’s rangeland and worked in the winter cutting rails. Once, while living there, he thought he’d better investigate a noise he heard in the attic, only to find that a black bear was sleeping in the upper bunk. Dad backed down the ladder and there was no argument as to who would pay the rent. His closest neighbours were the Frank Brooks family and Jim and Joan Storey.

In 1952, while Dad was living on the Griffin place, he collapsed due to a cerebral hemorrhage and if Joe Allen hadn’t stopped by just at the same moment, the hemorrhage would have proven fatal. Dad was in poor health for three years but made a complete recovery.

I never remember my dad going to church, but he never swore, and two things he really taught me were: “Never mind what the other person is doing, just watch what you are doing yourself,” and “In a crisis, there is no time for tears.”

Although my mother continued to live on the Parker place, it was sold in 1940 to Harold Menzies of Hammill Motors in Calgary. He sold it to my mother in 1943. In 1946 the land was sold to my husband and me.

Mom went to cook at the a7 Ranch at Nanton, which was under the management of John Cross. Once, while cooking at the a7, she cooked dinner for several friends of the Cross family. After dinner one of the guests, Major General Worthington, head of the Western Army Command, came to the kitchen and said, “Anyone who could cook a dinner like that is certainly not going to do the dishes.” The party ended up in the kitchen, and they didn’t even leave when the kitchen was tidy. Mom also cooked for Brewsters at the Kananaskis Guest Ranch for several summers.

Although she loved outside work and would ride miles to take part in a gymkhana, she did beautiful sewing and crocheting.

She loved to write and recite poetry. Music was written by Dutton and Coyle for one of her songs, “The End of The Trail is My Home.” A copyright was secured by Westmore Music Corporation, Portland, Oregon, in 1944. It was recorded by The Pals of the Golden West.

My mother went back to the United States in 1952 and remarried in 1957. She passed away in 1962 and was buried in Clarkson, Washington.

THE END OF THE TRAIL IS MY HOME – by May Ullery

I’ve wandered all over God’s country, over desert and mountain side,

Through the heat and the cold, vainly searching for gold,

Out west of the Great Divide.

I’d start out each morning at daybreak, over valley and hill and dale;

Wherever I’d roam, I’d call it my home,

When I’d come to the end of the trail.

The end of the trail is my home

No matter wherever I roam.

Through life’s storm and gale,

There is rest without fail,

For the end of the trail is my home.

There’s some I know have been lucky, in their search for gold and fame,

Though I’ve searched far and near, in my eyes there’s a tear,

For I’ve played a losing game.

And now I’m tired and weary, and my eyes they begin to fail;

I’ll find rest bye and bye, up there in the sky,

When I come to the end of the trail.

1 thought on “Clarence and Hattie May Ullery” 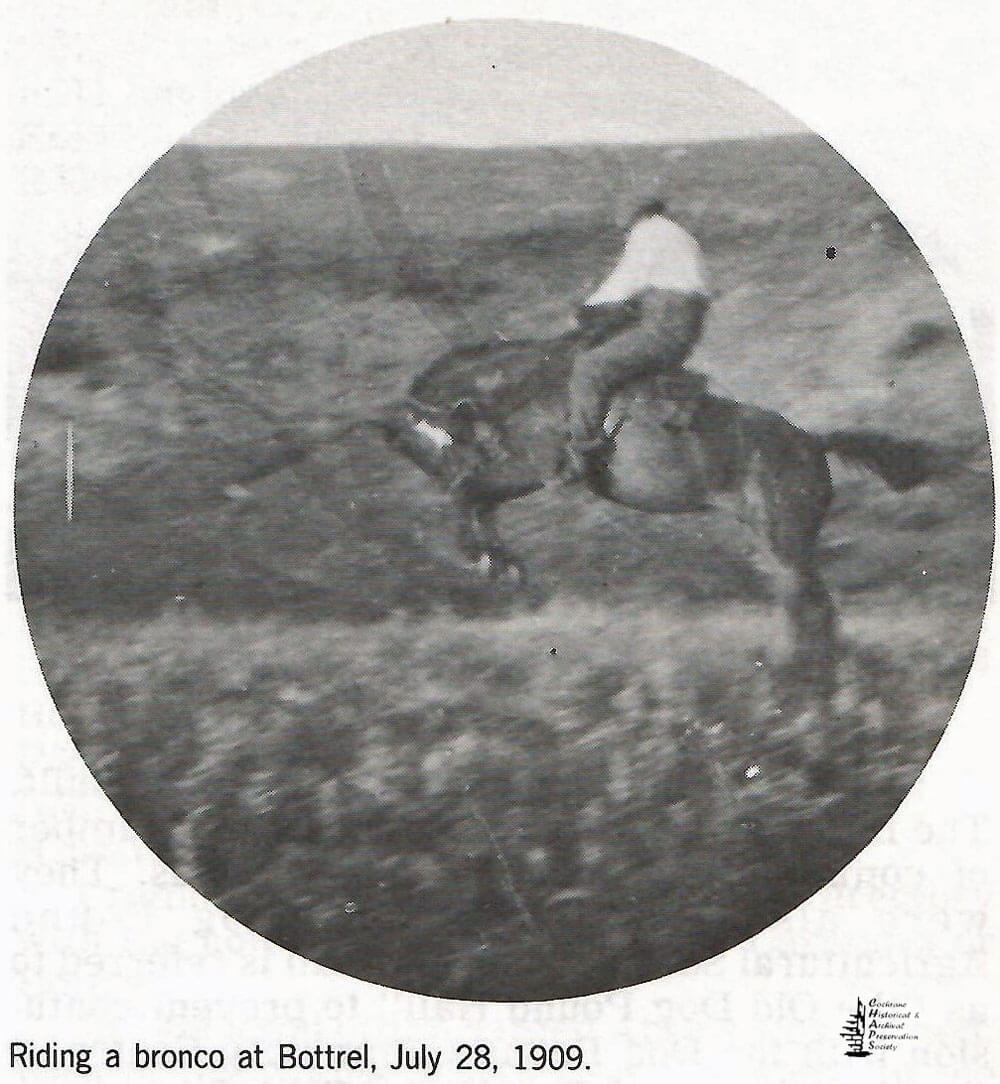 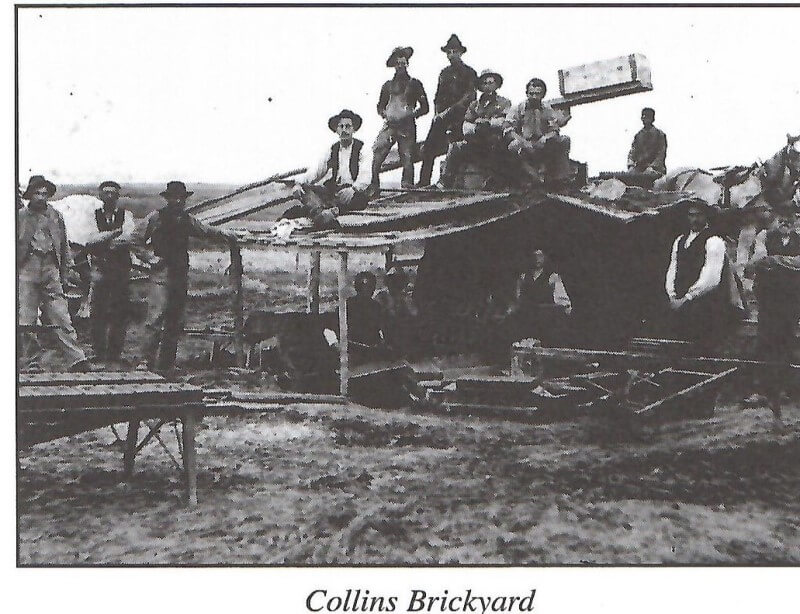