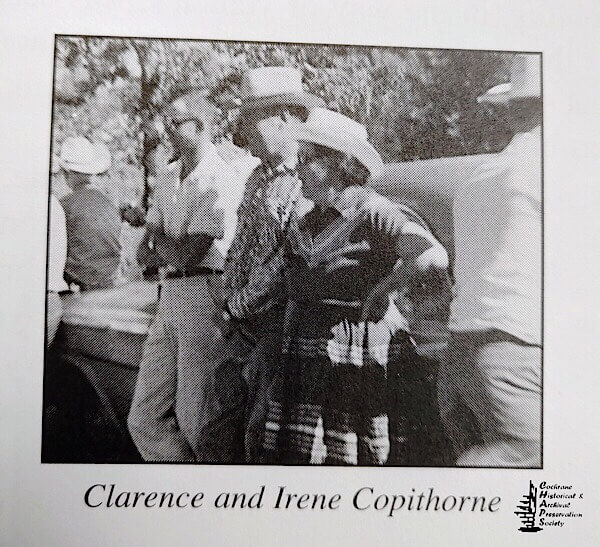 Thanks to Donna Jordan Orr who has become a member of CHAPS and gotten involved in research by scanning this article from More Big Hill Country on Irene and Clarence Copithorne.

Clarence was the youngest son of Richard and Sophia Georgina (Wills) Copithorne and was born on November 12, 1920 in the little brick hospital in Cochrane, where Ed and Ruth Davies later made their home.

He was educated in the log school called the Little Jumping Pound about a four mile ride from home. When he arrived at school, he tied his horse to the bush and went into the school. Weather played a very big factor and in his home if it was twenty degrees below Fahrenheit you didn’t have to go to school, therefore the degrees on the thermometer were very important to a boy who was not academically inclined. Later the school was moved to within a half mile of his home so he walked to school.

Clarence did not remember his mother since she died when he was two years old. He was raised by his sisters Margaret and Annie. When his father died in April 1936 of a ruptured appendix it was a great blow to him. He was only 16 years old.

Sunday evenings, the family gathered around the piano for sing songs and often the neighbours, the Edge boys, Tom Bateman and others would gather together. Dave Lawson and Percy played the violin and Jack Copithorne played the drums for an entertaining fun evening. With his sisters he often went down to Jack Copithorne’s to listen to the hockey games on the radio which was a highlight for Clarence and made him a lifelong Toronto Maple Leafs fan. After the game they were treated to cake, cookies and cocoa by Jack’s wife Nan, part of the “good old days” that were really good!

The first public office he held was that of Secretary/Treasurer of the Jumping Pound Forestry Grazing Association, a position he held until 1971. Clarence joined the Masonic Lodge of King Solomon, in Cochrane and later became Master of the Lodge.

In 1946 Clarence married Irene Robertson, eldest daughter of Don and Yvonne Robertson of Calgary. They met while attending Olds School of Agriculture. Clarence and Irene set up their ranch headquarters on the Joe Clemens homestead on the Jumping Pound Creek.Clarence had started to build their home in September of 1945. It was a small two roomed house that they moved into, travelling across country from the main road near to his father’s homestead.

The first summer they were married Irene had a tough indoctrination into ranch life, with two hay crews and a crew of carpenters to cook for. As they were building a barn and then started on a new house which would become their permanent home, Irene cooked for 27 men all summer. Clarence often wondered why did not leave him at that point. It was either because 25 miles to Calgary was a long distance in those days and mobility, in the way of vehicles, was scarce plus the fact that Irene was not an enthusiastic horse back rider that she stayed as she didn’t care to walk. Maybe love was blind!!

Along with the busy life of setting up a home, planting trees and building all the things that go with constructing a ranch, there seemed to be a regular occurrence of children being born. Each year for three years one appeared. First Don, then Roy and Margery arrived. Then there was a two year gap and along came Wendy, then Jo-Anne and finally Sue.

The children were all normal healthy little ones and enjoyed many of the activities that their father did. They all competed in the local gymkhanas and Springbank 4-H Beef Club. Getting six children and six calves bathed and fitted for showing at one time proved to be quite a challenge. However they enjoyed every minute. Clarence at this time was active in the Cochrane Light Horse Association and served as President for two years.

Onward from 1946, Clarence was very active and involved in the Springbank Rural Electrification Association for which he served as President for 25 years. This was probably one of the most beneficial ideas devised “to help revolutionize the farming in Alberta.” He used to say, “It put the lights on in Rural Alberta.”

In the late 1950’s Clarence and some of his neighbours got into a hassle with Calgary Power over rights of land ownership. It started out as a dispute whether Calgary Power could expropriate land without notification to the owner. A most lengthy quarrel developed which ended up in the Supreme Court of Canada. The REA lost, however one bit of satisfaction they did have was that it was a compulsory case for all law students in Canada to study because of its extraordinary nature. After this case Clarence was involved with several expropriations with oil and gas companies in the area regarding pipelines and property rights. It seemed under the statutes, the decks were stacked against the farmers receiving a fair deal from expropriation procedures. Probably from the experience of these proceedings, vanity and anger crossed and one evening 40 or so neighbours arrived at his home and asked him to run for election in the 1967 Provincial Election in the Constituency of Banff/Cochrane. F.L. Gainor was retiring and so Clarence agreed to run as an Independent in the Banff/Cochrane Constituency. He was duly elected and joined the Alberta Government as an Independent representing Banff/Cochrane. In 1970 he joined the Conservatives to run in his second election after successfully winning again was appointed Minister of Highways and Transport.

When Clarence became involved in politics, his involvement in the many community affairs that he was committed to ended. After he took his oath of office as the newly appointed Minister of Highways and Transport, a reporter asked him “What qualified you to be the Minister of Highways?” Clarence answered “I was wondering the same thing but I have graded thousands of miles of road in Alberta with the bottom of my car and the face of my windshield and that is what qualified me to be the Minister of Highways.” It brought a great laugh from those who heard the story and the interview with the press was over for the first day.

Clarence passed away on June 4th, 1979 in the Foothills Hospital after a lengthy illness.

Roy Adam Copithorne married Judy Lewis Eastend Eastend, Saskatchewan in 1975 and they have four children. Their daughter Bernadette married Hamish from New Zealand and son Malcolm Clarence, born 1982 is working on the ranch with his father. Daughter Beverley graduated from the University of Alberta with her Education Degree. Their youngest daughter Katy attended university in the Maritimes and is a Chef.

Margery Yvonne Copithorne married Robert “Bob” John Richmond in 1970 and they live in Fort Collins, Colorado. They have a daughter Carla Jean, born 1972 who married Kieren Stutley and they have a daughter December 6, 2005. Carla and Kieren and family live in Winnipeg, Manitoba. Margery and Bob have a son Clinton Robert born 1973 and he is single.

Wendy Irene Copithorne married David Neil Hawes and lived in and around Salmon Arm, British Columbia. They have two boys and one girl. Rhett David born 1976, is an Oil Rigger Manager. He married Kelly Clermont and they have a cute little boy, Evan David.

Wendy and Dave’s second son Tyler Neil, born 1978, is single and is a Rugby Star living in Alcante, Spain. Their daughter Shannon, born 1982 is single, lives in Springbank, Alberta and is very active in Barrel Racing. Wendy and Dave now live in Jumping Pound.

Jo-Anne Copithorne married Robert Hugh Paterson and they have two sons, Clarence Hugh born June 8, 1989 and David James born August 1, 1991. JoAnne and Rob and their family reside on the family ranch in the Jumping Pound district.

Irene still resides in the home that she and Clarence built when they were married. She enjoys entertaining, playing bridge and the company of her two grandsons, Clarence and David, who live close by her on the ranch with their parents. 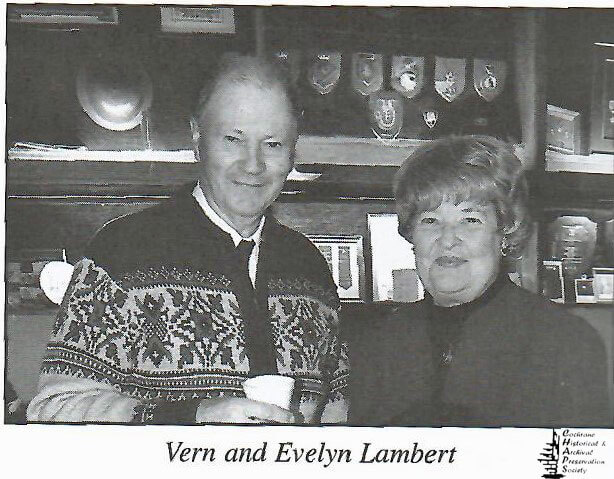 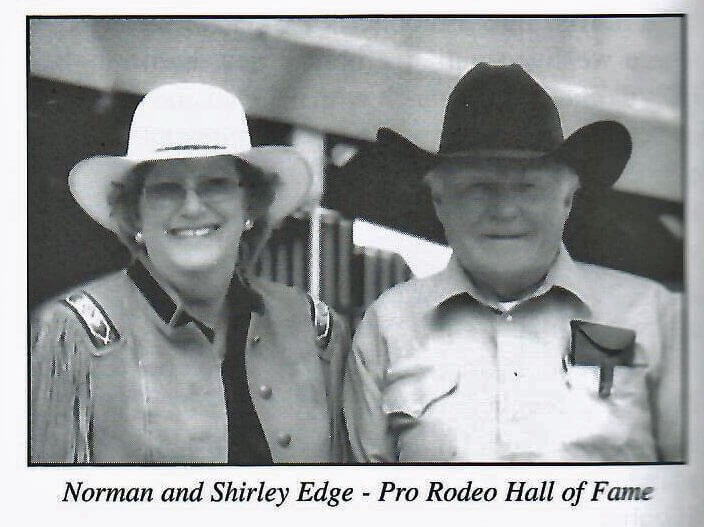 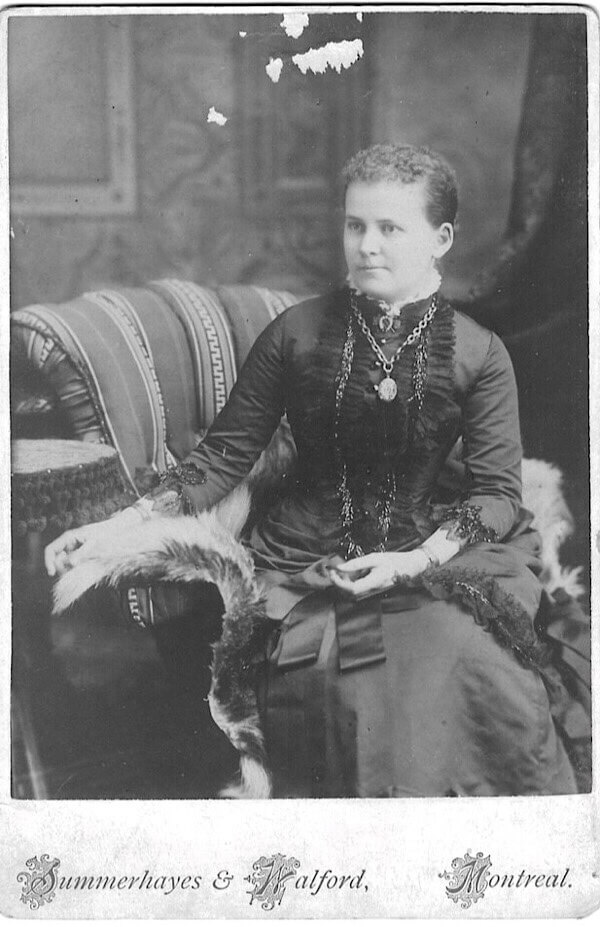