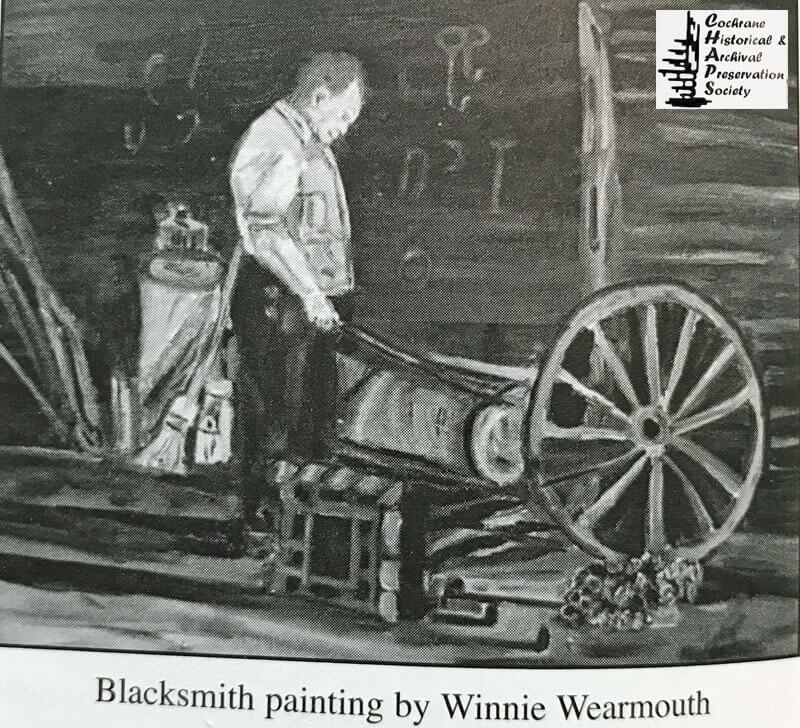 There was a time when most homes in Cochrane had a barn for the horses. There were also several Livery stables in town.

The Murphy Livery stable was built next to the Murphy Brothers Hotel in 1898. It appears that the Murphy brothers leased the Livery Stable out to others to operate it. Beynon, Davies and Hewitt are recorded as running the business and in 1910, it was leased to the Quigley Brothers. In 1911, Beynon was operating the Livery and George Raby and Son operated it for a couple of years when Benton Denny took over in 1917. W. Crowe took over in 1918 and ran the business until 1922. As the motorcar began to take over the Livery Stable’s use diminished and the Murphy Livery Stable was torn down and some of the lumber was used to construct the Nelson Cabins.

This business was located on First Avenue West, today the site of the present Telus Building. Charles Burnham operated here followed by W. Tempany in 1909. Charlie Mickle took over and then in 1913 George Bevan ran the livery stable. In 1915, H. Johnson was running it and it later became the site of Sibbald Motors. This was also the site of C. Linds Barbershop and Pool Room.

Webster’s Livery Stable was situated north of the Cochrane Hotel and was added to the Feed and Flour Mill.

When cars were first introduced into Cochrane you could hire a car and driver from one of the Livery Stables to go to Calgary. In the 1950s Harold Callaway had a taxi service that he operated out of Hart’s Drug Store. Later in 1972, Bob Standen started a taxi service. Les Wigemyr took over the business and ran it for fourteen years and in 1999 Raymond and Donna MacDonald bought the business and ran it until 1994. In 2007, Cochrane Taxi is owned by Ken Wilson and at least two other taxi companies have started up.

Though most livery stables did some repair to harness and other equipment, Mr. Fisher offered repairs in the early days and then in 1924, Nick Cosis, the shoemaker also did harness repairs until the 1950s. Roy Fenton has done a lot of harness work and repair when needed into the 1980s.

George Pitter opened his Blacksmith before moving to Bottrel to operate a Webster owned a Blacksmith Shop in Milne was the “Smithy” also S. Christi from the Morley area where he had a blacksmith shop and bought a shop in Cochrane in 1911. Some of the men who worked for him over the years Fenton, Scotty Allen, George Hope and Geo George “Geordie” Hope then bought the shop from Mr. Christianson in 1916 and operated it until he George Bunney in 1919. Geordie bought the business back in 1922 and ran it until 1928. Dave bought and ran the business until he sold it in 1952. Bob Cudmore operated Pioneer Blacksmith out of the old Murray building. Blacksmith shops have given way to welding shops. Today the only blacksmith work being done is by a farrier or individual farmers or ranchers doing their own.

An original welding shop existed in the old Murphy Brothers livery stable owned by Scotty McConachie. In 1955, S. Wilkinson purchased a portable welder and had a mobile business. O’Neill’s Welding was also in existence in the 1960s. Oatway’s Welding was located across the railway tracks and southeast of the Texas Gate Restaurant. Also, the 1970s saw Town & Country Welding come into town. Garney Baker and his dad started EGB after he had worked for Spray Lake Sawmills. They now service all the welding needs of their customers.

Henry Ford and his Model T started a business that allowed nearly everyone to own a car. Cochrane was no exception as Tom Quigley opened a Ford dealership and repair garage on Pope Avenue which was built by  Chapman Brothers in 1911. This replaced the horse and buggy days, which even featured a stagecoach from Cochrane to Bottrel and by George Raby and son William. This usually involved hauling the mail.

In 1918, Chapman Bros. built their own garage on Main Street, operated by Robert Chapman. He sold Chevrolet vehicles. This business was sold to Marshal Baptie in 1935. Baptie Motors, owned and operated by Marshall Baptie was located on Main Street between 3rd and 4th Avenue. Marshall continued to sell Chevrolet vehicles and later sold Dodge vehicles with BA Gas. In 1950, he was also the dealer for Case Farm Machinery. He operated this garage until the 1960’s when he sold it to his nephew Bob Baptie. Later this business was sold to Bill Thomas and renamed Big Sky Service. The building still exists on 1st Street West and houses Cochrane Valley Automotive.

In the 1920s Quigley’s Garage was moved to Mountain Street which formed part of the main highway through town. C.E. “Bert” Sibbald operated this service garage called the Regal Service Station. It was sold in 1938 to Clem Colgan. Soon after Imperial Oil, along with Colgan, built across the street on the site of the present Royal Bank. Robbie Webb and John Milligan bought this station in 1940. They sold Esso Gas and Ford cars, Ford Tractors and Farm Machinery to compliment their business. The first car wash was built ” the corner named “The Car Wash” and was a real novelty for the customers. Most residents of the time washed their cars at home using their garden hose and a bucket. Today, times have changed as it is against the law as the dirty water drains into the Town’s sewer system contaminating the rivers, streams and aquifers that supply our freshwater to our homes and businesses. Currently, there are two car washes in town, one of which has a Dog Wash attached. Webb and Milligan sold their Service Station and Garage to Wayne Hilland and Mel Holland in 1966 and they operated it for many years as Bow Ridge Motors. Wayne and Mel switched to selling Datsun (Nissan) cars. A few years later, Ski-doos, Polaris Quads and other recreational vehicles and services were offered until the land was sold to the Royal Bank. Bow Ridge Motors Limited relocated to River Avenue and Griffin Road where it currently operates Bow River Motors and Bow River Sports.

In 1930, Texaco built a service station at the west end of Main Street which was operated by Alvin and Maggie Nelson until 1934. Graeme Broatch arrived from Saskatchewan to manage the station and eventually bought it. He operated under the name Cochrane Auto.

Imperial Oil had an Esso Bulk Plant operated by Charles Grayson in the 1940s. In 1946, Charles sold to Ed Raby, who operated the business until about 1958. Ed sold the business to Lorne Helmig and he operated it delivering bulk fuel to the many farms and ranches in the Big Hill Country.

Whittle Implements had been selling International Trucks as far back as the 1940s, including the four-wheel-drive Scout. This business closed in 1978. Eventually, the car dealers separated from the gas stations and Tire Shops, Autobody Repair, paint shops, repair garages and gas bars with convenience stores emerged. 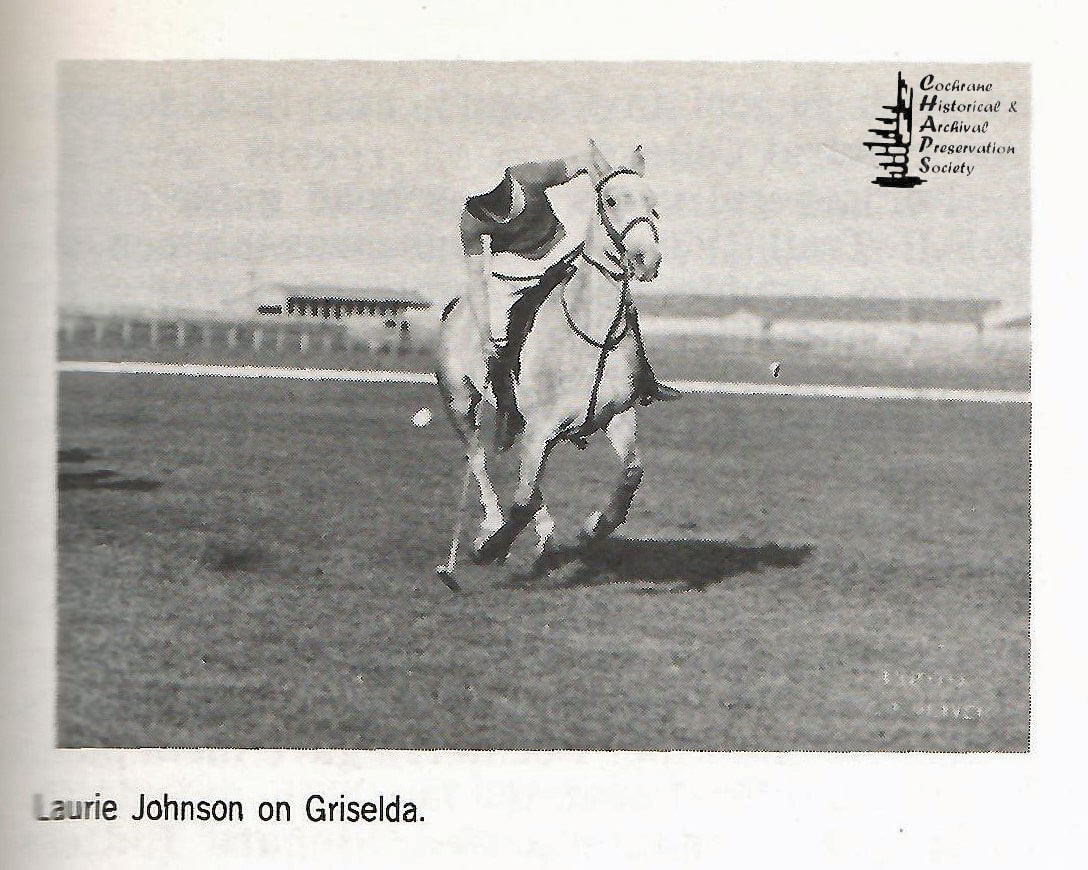 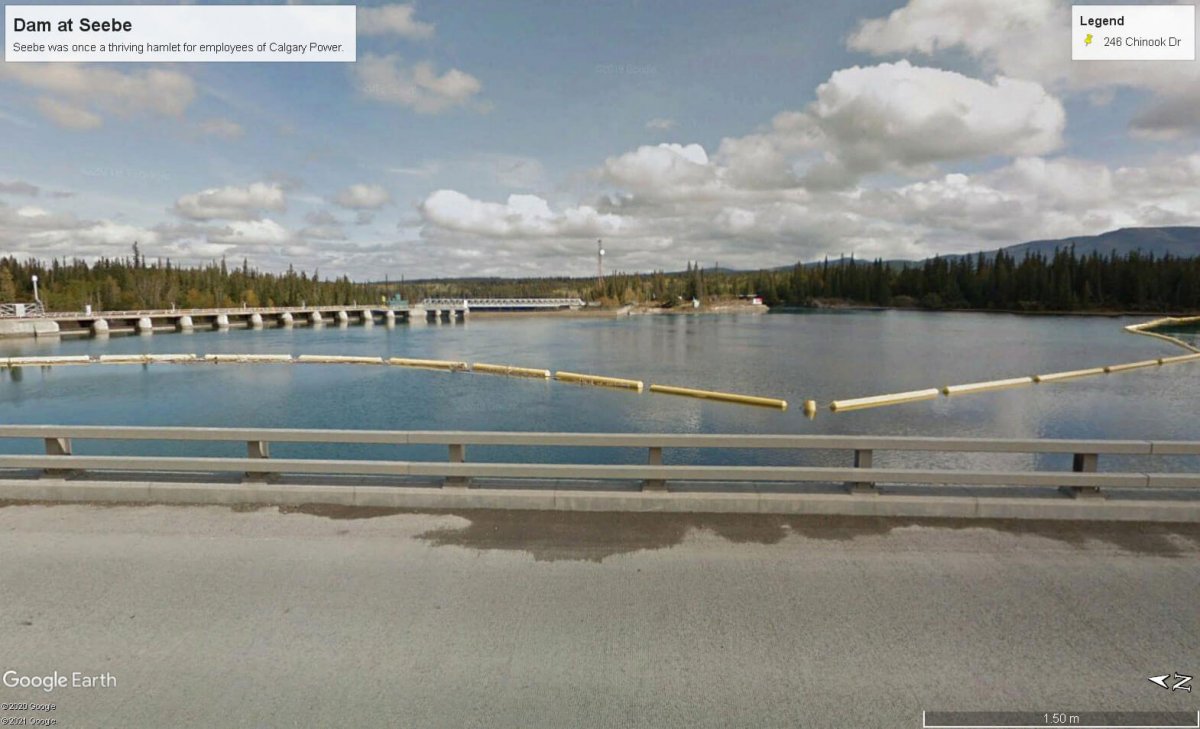 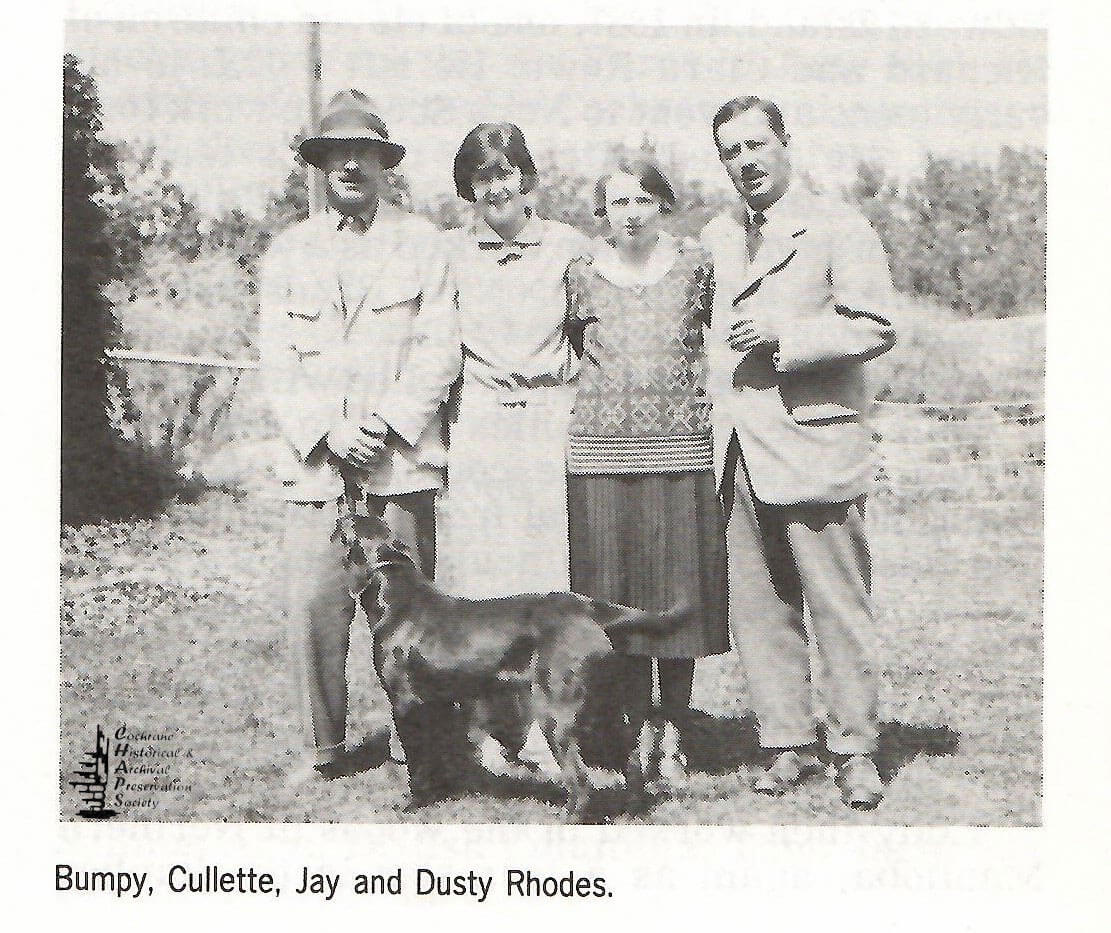