This article was written by Tim Collard and appears in the Cochrane Times. Photos courtesy of Glenbow Archives.

On a mild May 14th, 1930, the Town of Cochrane bustled with excitement. Though it was a Wednesday, most businesses in town closed at noon, as this was the first day of the Spring Meet of the Southern Alberta Turf Association. The crowd, many travelling from Calgary by train or automobile, buzzed with anticipation as the horses for the second race shifted restlessly, awaiting the starters pistol. A purse of $250 awaited the winners, nearly $4,000 in 2019 dollars, the bets placed using the newly popular Pari-Mutual betting system reached even higher. The Cochrane Races held in 1930, a four-day event with professional jockeys and horses from across Western Canada, were a far cry from the early days of horse racing in Cochrane.

The first recorded horse race in Cochrane took place in 1891. I was a match race between W.D. Kerfoot, former manager of the Cochrane Ranche, and his brother-in-law, William Bell-Irving, an early settler in the Grand Valley. Kerfoot’s horse, “the Dude” one the race by a nose, this was the first of many victories for W.D. Kerfoot in Cochrane races. In 1893 at the Mitford and Cochrane Races, Kerfoot’s cream and old gold racing silks occupied the winners circle after every race. In 1895, Kerfoot continued his dominance, this time on “Dixie Land”, a horse that went on to win races in Calgary, Winnipeg, San Francisco, and Australia.

By 1910, the Cochrane Races had become the premier social event in Cochrane. The CPR ran a special train to bring spectators from Calgary and the Cochrane Racing Association had built a brand-new track, including a grandstand and stables, on land purchased from Robert Howard. This new grass track was the only one-mile grass track in Western Canada which the Calgary Herald referred to in 1927 as “the mecca of a summer throng, keen for the bangtails.” During this period, the big names in Cochrane racing included D.P. MacDonald, Clem Gardner, E. Howard Abell, and Walter Hutchinson. While racing looked to be taking off in Cochrane, the outbreak of World War I hindered this development. Race meets were still held during the war, but attendance was reduced and the field of horses and riders was diminished due to the demands of the war.

In 1924, the Rhodes brothers, know familiarly as “Dusty” and “Bumpy”, undertook to revive the Cochrane track.

They established the Southern Alberta Turf Association and expanded the meets to four days, attracting professionals from across the Prairie West. Initially, this proved to be a great success, with the races in 1927 and 1928 attracting huge crowds from Calgary and establishing Cochrane as the lead-off event on the Canadian racing calendar. It was this new-found prestige that brought two young, aspiring jockeys to the Cochrane race track in May of 1930.

As the starters pistol sounded, “Billy Wisp” and “Prodigal” shot off the line and barrelled down the course, their jockeys spurring them on. At the finish, “Prodigal” nosed ahead to cross the line first, giving jockey Johnny Longden an important win. Close behind, “Billy Wisp” placed with jockey Red Pollard on board.

Unfortunately, the future of the Cochrane racetrack was not as bright. The onset of the Great Depression brought the Rhodes’ dream to an abrupt end, with the final race meet held at the Cochrane track in 1931. While the memory has faded, Cochrane was once one of the premier racing venues in Western Canada. 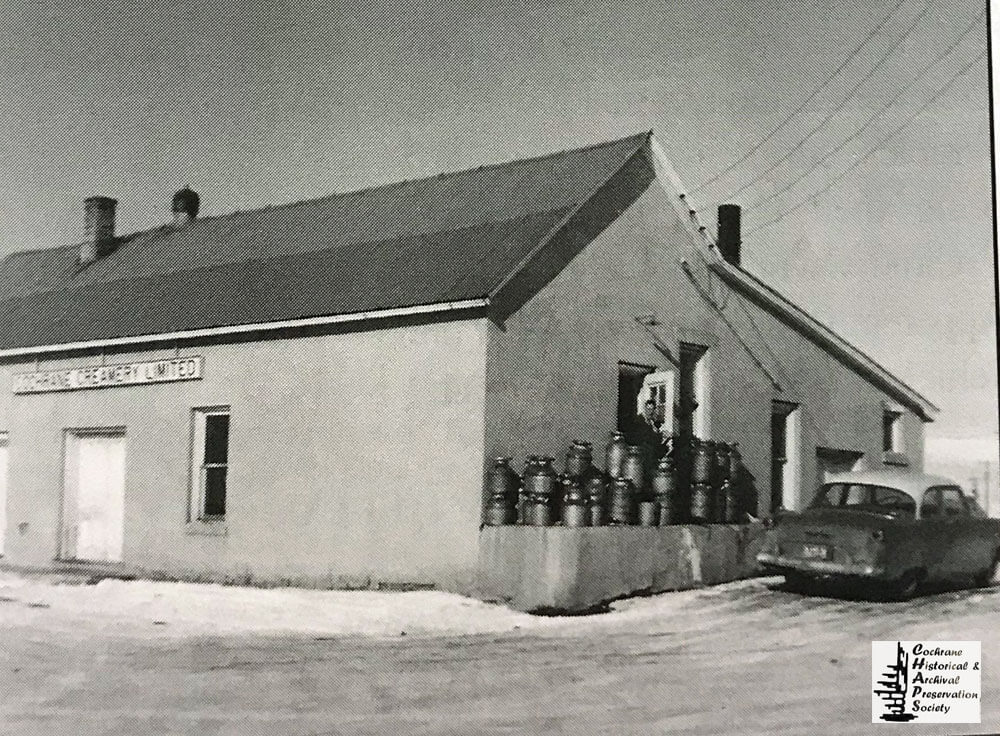